Alright, Everyone! Today we are listing down the top 10 strongest marvel characters,  from the Marvel Cinematic Universe. What comes to mind when you think of superpowers? One of the first thongs you think of is super-strength. Almost every single character in the MCU has some level of super-strength. Except a few, you know who. 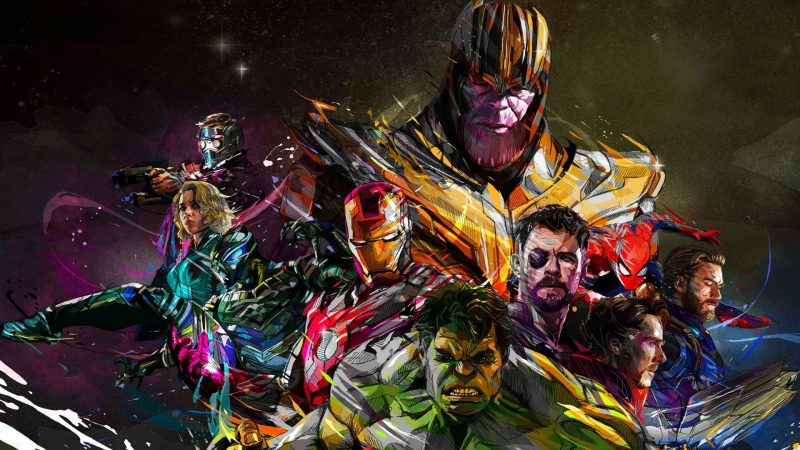 So the listing will be based on strength, potential, variations and wins we’ve seen from these characters. Before we start, I know that Odin, Ego, Ancient One and Dormamu are strong. But we haven’t seen much from them in the MCU. Here we go! 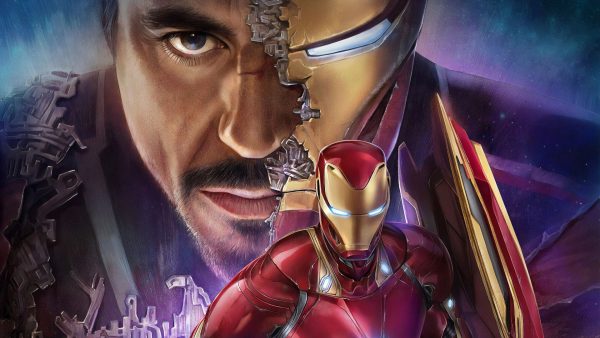 The CEO of Stark Industries, the genius inventor Tony Stark is the man who started it all. In 2008’s Iron Man, he got captured, created an armoured suit(Mark 1) and used it to escape. Since then, the designs only improved. For a man in an armoured suit, Iron Man achieved excellence. The Mark 85 was Tony Stark’s final and ultimate Iron Man Armor that he used in Endgame.

He faced the likes of Hulk with his Hulk Buster, fought Obsidian and Thor. He also did the most damage to Thanos. At the end of Avengers: Endgame, Iron Man sacrificed himself to save the universe. Many people believe that Iron Man is the strongest Avenger. Considering he was a technical leader in The Avengers and also the smartest, the assumptions are fair.

“Everybody wants a happy ending. Right? But it doesn’t always roll that way.” 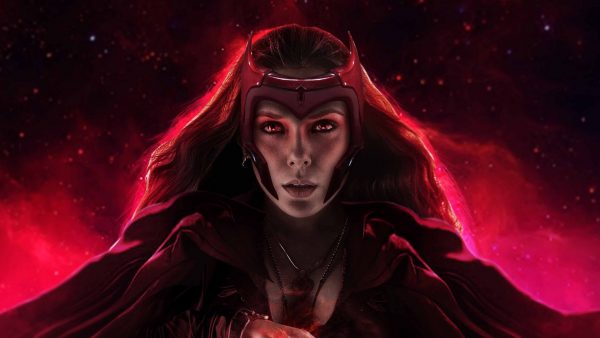 Sokovian native Wanda Maximoff, also known as Scarlet Witch, is a force to be reckoned with. In the comics, she was shown as a mutant. But in the Marvel Cinematic Universe, she is a sorceress with access to Chaos Magic. We first saw her in Captain America: Winter Soldier, alongside her brother Pietro(Quicksilver).

We saw her in action as an adversary for the Avengers in Age Of Ultron. Though she turned hero later, Wanda gave the Avengers one hell of a fight. On top of her telekinetic powers, she did pretty much what Loki did with the mind stone in his occupation.

“Ultron Doesn’t Know The Difference Between Saving The World And Destroying It. Wonder Where He Gets That From.” 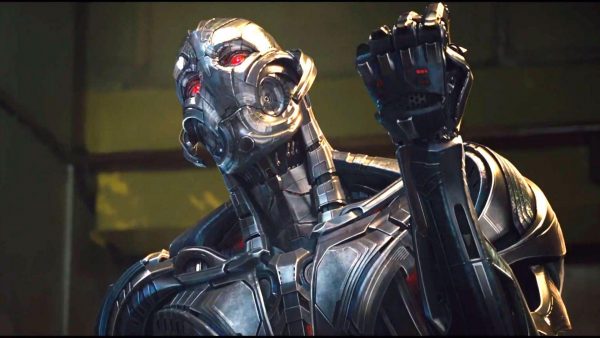 Ultron was an AI Peacekeeping Program created by Tony Stark. His job was to protect the Earth against any threats in the future. Ultron instead deemed humans as the biggest threat and committed genocide against them. Initially helped by Wanda and Quicksilver, He had the upper hand against the Avengers. Later abandoned by his allies, he was still close to victory when Vision destroyed his body, along with his plans. Ultron taught the Avengers how one enemy can be more than challenging for an entire team of superheroes. This ranks Ultron at number 8 in the top 10 strongest marvel characters.

“As I always say, keep your friends rich, and your enemies rich, and then find out which is which” 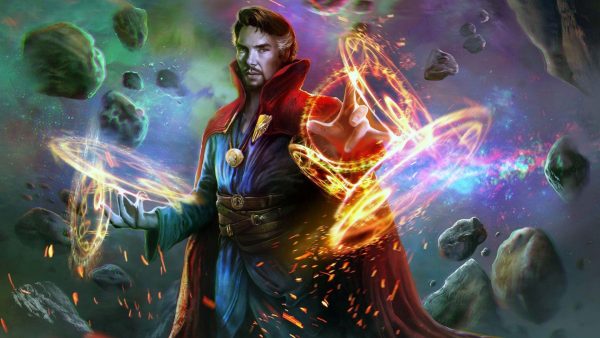 The life of Dr Stephen Strange, a world-famous neurosurgeon changed after a car accident. He was robbed of using his hands. In search of medicine to cure his hands, Doctor Stephen turned from surgeon to the Sorcerer Supreme. Trained by The Ancient One, Doctor strange proved his powers and genius mind.

Doctor Strange wore the Time Stone throughout Infinity War. Later, he used the power of the Time Stone to look into many possible futures at the end of the Infinity War. He gave Thanos the stone, knowing that Stark will have to sacrifice himself in the EndGame to save humanity. He is no doubt one of the strongest in the MCU. 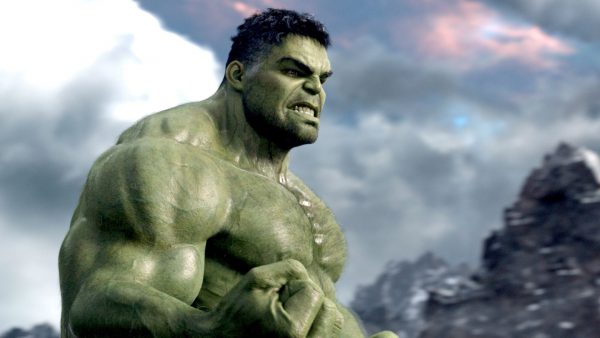 When Bruce Banner gets angry, Things get smashed. The Hulk is one of the most well-known and loved heroes in the MCU. Though he loses control at times, he is someone you want on your side in a fight. He is constantly mentioned as one of the strongest beings in the universe. To tell the truth, Hulk was very disrespected in the MCU. If this was the comics, I feel like Hulk would be in the top 3. He is still ranked at number 6 in the top 10 strongest marvel characters.

“Where in the world am I not a threat?” 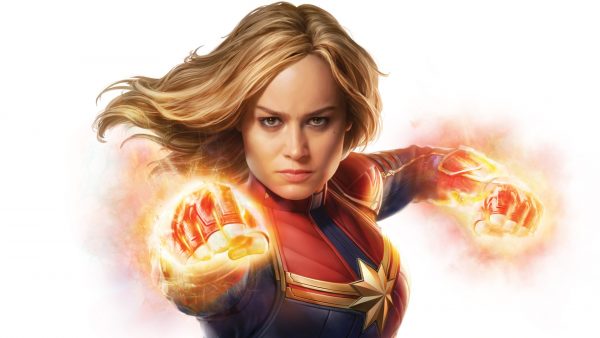 Carol Danvers, also known as Captain Marvel, is a former Air Force pilot. She obtained cosmic powers after the explosion of the tesseract. She absorbed the energy of the tesseract into her genetic code, leaving her unconscious. Yonn-Rogg took her to Hala, where her powers and memories were suppressed. They made Carol believe that she was a Kree and named her Vers. Upon returning to Earth during the Kree Skrull War, Carol began recalling her past and learned the truth. She later unlocked her true powers and put an end to what Kree and Mar-Vell started.

Captain Marvel returned to Earth upon receiving a message from Nick Fury of the snap event. She saved Iron Man and Nebula from space and brought them back to Earth. Later, She and the Avengers located Thanos and went to interrogate him, returning with failure. She later made a heroic entry in Avengers: Endgame during the final battle, crashing through Sanctuary II, Thanos’s ultimate warship. Captain Marvel showed her power yet again when she powerfully held Thanos’s hand. The Mad Titan knowing he couldn’t fight her, had to use the power stone to throw her away.

“Tell the Supreme Intelligence that I’m coming to end it. The war, the lies, all of it” 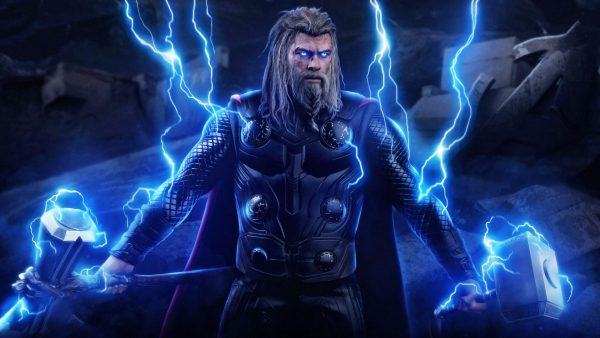 The God Of Thunder, The King Of Asgard, the 1500 years old Thor has fought more battles than anyone. Considering his power, abilities and achievements, He is the strongest Hero in the Marvel Cinematic Universe. From nearly beating the unbeatable Hulk, to almost killing the Mad Titan, The God Of Thunder has done it all. Though he lost Mjölnir to his sister Hela, he still gave her a great fight. As a founding member of the Avengers, Thor helped them many times against his brother Loki.

Thor is someone you don’t want to mess with on a battlefield. With his immense strength He proved that among all of the Avengers, he is the only one who could easily defeat Thanos. If only he aimed a little better. The God Of Thunder still has a lot to learn in becoming what his father wished of him. His achievements rank him at number 4 in the top 10 strongest marvel characters.

“Thanos is just the latest in a long line of bastards, and he will be the latest to feel my vengeance. Fate wills it so.” 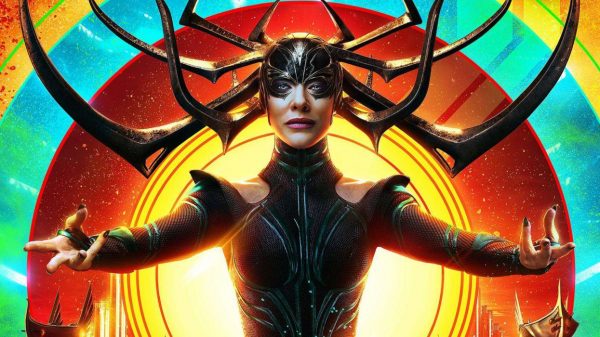 Thor and Loki’s elder sister, Hela Odinsdottir, made a strong first impression in the MCU in Thor: Ragnarok. She was the Asgardian Goddes of Death and the former Executioner. She was imprisoned by Odin. After Odin’s death, Hela was released and went on to restore her throne over Asgard. She was stronger than both of her brothers.

the moment she shattered Mjolnir, it was clear that Hela won’t be an easy one beat. Thor admitted that he couldn’t beat Hela and had to sacrifice Asgard by unveiling Ragnarok, allowing Surtur to destroy everything. Hela died as Surtur destroyed Asgard with a single hit. Her immense power ranks Hela at number 3 in the top 10 strongest marvel characters.

“I’m not a queen or a monster. I’m the Goddess of Death.”

Surtur was a Fire Demon, a figure in the prophecy of Ragnarök as the one who would initiate the fall of Asgard. Odin defeated and captured him and brought his source of power(The Eternal Flame) back to Asgard. He attempted to set himself free when Odin was missing, but Thor killed the already weakened Surtur. He was later released by Loki to kill Hela. He destroyed Asgard, killing Hela and himself with it. He did fulfil his prophecy after all.

“Tremble before me, Asgard! I am your reckoning!” 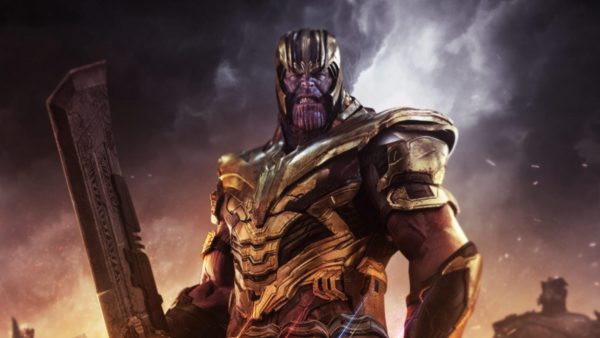 The Mad Titan, Thanos, was a genocidal warlord from Titan. His objective was to bring stability to the universe by wiping out half of the population. He formed Alliance with Loki and Ronan to collect the infinity stones. After constant failures, he decided to collect them himself. He and his Army(The Black Order) invaded planets and destroyed them to obtain the stones. During this, he also sacrificed his daughter Gamora, killed Loki and Vision. Surprisingly, Thanos succeeded in his mission, overpowering the heroes of the universe. He destroyed the infinity stones so no one could use them before dying at the hands of Thor.

5 years after their failure, The heroes went back in time, collected all the stones and faced Thanos again. This time, The Avengers succeeded, but with great sacrifice.  This is what ranks Thanos at number 1 in the top 10 strongest marvel characters.

“This universe is finite, its resources, finite… if life is left unchecked, life will cease to exist. It needs correction.”