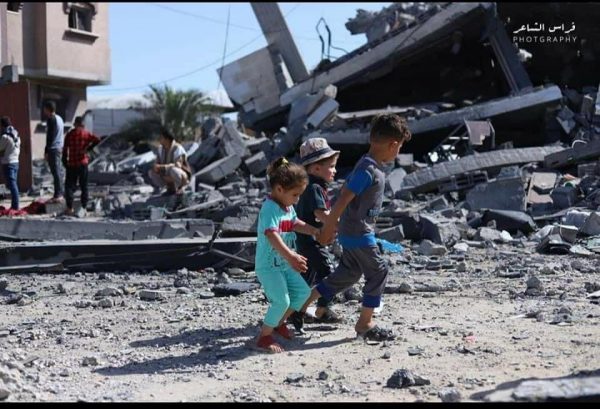 Israeli Air Strikes and on-ground actions against the Palestinians in Gaza has now entered the 11th day as Israeli fighter jets continue to bomb Gaza. According to different sources, one more was killed and the death toll has reached at least 230 as Israeli hypocrisy continues and Benjamin Netanyahu defies the US call for a ceasefire.

65 children and 39 women were included in those killed in the bombings. At least 1,710 others have been wounded, over 12 died in Israel.

The current outbreak began with a series of controversial actions in Jerusalem by the Israelis— including an Israeli police raid on Palestinian worshippers at Al-Aqsa Mosque, evacuation of families from their homes in East Jerusalem. Later, rockets were fired in the surroundings of the Al-Aqsa Mosque by Israel which provoked Hamas to fire a barrage of rockets at major cities in Israel. Israel responded with devastating airstrikes at the Gaza strip

Iran was the first country to respond to the Israel Palestine conflict.

“Zionists understand nothing but the language of force, so the Palestinians must increase their power and resistance to force the criminals to surrender and stop their brutal acts,” Ayatollah Khamenei said.

they announced openly to help Palestine which they did immediately by providing weaponry to Hamas, a Palestinian Sunni-Islamic fundamentalist but pragmatic, militant, and nationalist organization. Other Muslim countries including Turkey, Pakistan, Indonesia and Egypt also reacted against the Israeli brutality in Palestine.

“We regard every attack on places of worship, chiefly Al-Aqsa, and on Muslims, as attacks made on us,” he said. “It is the duty of every individual who calls themselves a human being, to oppose tyrants that defile Jerusalem, home to the sacred for the three religions.”

“ Israel wants to convince the world that what happened in Sheikh Jarrah was a real-estate dispute over some homes as if we don’t have a memory. “

These were the initial reactions of Muslim countries. Later, an emergency meeting of the Organisation of Islamic Cooperation (OIC) was called. It was held virtually on Sunday. In the meeting held between foreign ministers of 57 Muslim countries, Pakistan urged the international community to take measures to end the massacre in Gaza being carried out by the Israeli forces. Foreign Minister Shah Mahmood Qureshi said

The US calls for de-escalation

Israel has continued the attacks on Thursday, after daybreak but

“at a slower pace than past days” says the Israeli media.

On Wednesday The United States opposed a UN Security Council resolution proposed by France. The resolution called for a ceasefire in the conflict between Israel and Hamas. The council could not release a press statement that called for an end to the violence due to the US’s “No” vote. All other members supported the statement.

Israel denies the US call for a ceasefire

After eight days of inhuman violence by Israel on the Palestinians, Joe Biden on a phone call told Israeli Prime Minister Benjamin Netanyahu that he was expecting

“a significant de-escalation today(Wednesday) on the path to a cease-fire.” But Netanyahu later said that he is “determined to continue this operation until its aim is met.” His aim is “forceful deterrence” to dissuade Gaza’s ruling Hamas from future confrontation.“

“I expect a ceasefire to be reached within two days, and it will be on the basis of mutual agreement.” 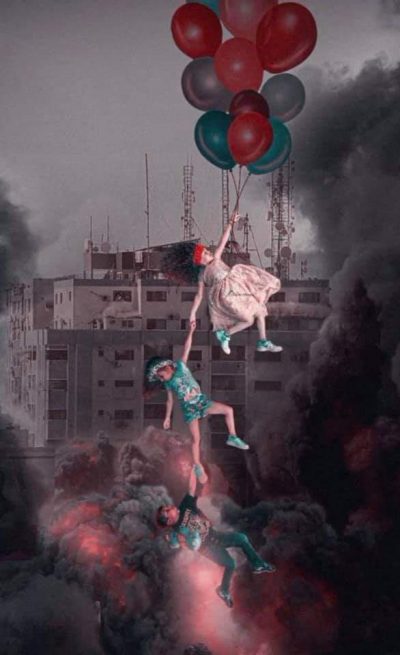 This art says a lot

The situation is expected to change in the coming days. We should all hope that whatever happens, happens in favour of the helpless, weak and vulnerable Palestinians. Hope the neutral, independent, mature, impartial, educated and enlightened world finds humanity and does something to help Palestinians.