How To Get Bitcoins? Explained 2021

What is Bitcoin? How to get bitcoins? How do bitcoins work? These are frequently asked questions which we will answer today.

Bitcoin is a digital currency that is not tied to a bank or government. Bitcoin is a decentralized currency that uses peer-to-peer technology for instant payments.  Government controlled currencies are centralized. Satoshi Nakamoto is the name used by the pseudonymous person who developed bitcoin and launched it in 2009. The identity of the person or persons who created the technology is still a mystery.

Bitcoin, commonly abbreviated as “BTC“, is a type of cryptocurrency, simply the biggest to exist to date. Bitcoins are not issued or backed by any banks either. Their creation, distribution, trade and storage are done through the blockchain system.

Despite it not being legal tender, bitcoin’s popularity has increased rapidly. Its popularity has provoked the launch of thousands of other cryptocurrencies called Altcoins.

The term “Altcoins” refers to all cryptocurrencies other than Bitcoin. As of today, there are over 9000 altcoins in the market. Because they are inherited from bitcoin, the price signals of these cryptocurrencies are dependent on bitcoin’s trading signals. At least until new markets are developed for these currencies. Altcoins make up 40% of the total cryptocurrency market in 2021.

Also read: What Are Backlinks? Explained

How do bitcoins work? 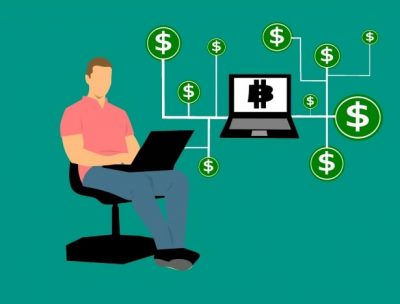 Bitcoin is built on a distributed digital record called a blockchain. Blockchain is a specific type of database that stores information in blocks. These blocks are later distributed without being copied. This means each data has only one owner. Each block contains a code of bitcoin transactions being made. Because each system has the same blockchain, these blocks are transparent to each system. Despite being transparent to everyone, no one can cheat the system. There are a total of 12000 bitcoin nodes as of 2021, which makes it impossible to cheat.

In simple words, Bitcoin is a file stored on your computer in a ‘Digital Wallet’ application. Anyone can send bitcoins to your wallet and receive them from you in theirs when you buy or sell something. The transactions are done directly, which means there are no banks to verify the transfer of money or take a cut of the transaction.

How To Get Bitcoins? 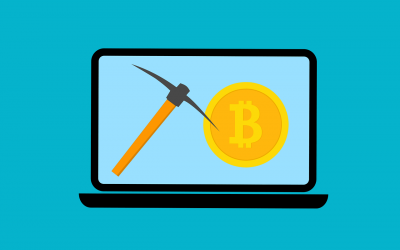 Now let’s come to our main topic. There are two primary ways how to get bitcoins.

Buying bitcoin means investing in it. This might sound like a hard thing to do, but it is not that complicated. It has become much easier in 2021. All you need is an account on an exchange.

Crypto exchange account, a secure connection to the Internet and a method of payment. You’ll need personal identification documents if you are using a KYC platform. Bank accounts, debit cards and credit cards are the valid methods of payment for this. Everyone in blockchain has a public address that everyone can see and is used for sending or receiving bitcoin payments. Anyone can see the balance of a public address that you use. The same goes for you. As privacy and security are important, never share your private key with anyone. Criminals may try to get the private key if they find out about the high balance in your wallet. So keep that a secret too.

Now the first step is to sign up with a cryptocurrency exchange. The most popular exchanges include Coinbase, Kraken and Binance etc. Each of these exchanges has grown significantly in the number of features they offer. Make sure to use a unique password and all security measures available while making the account. Step two is to connect your payment method. For this, you’ll be asked for some personal information depending on your region and laws. After you fulfil the requirements, the exchange will approve them. Now you can connect your payment method.

Let’s go to step three. Once you have chosen exchange and connected a payment option, you can now buy Bitcoin and other cryptocurrencies. Over time, crypto exchanges have become more mainstream and advanced. Today, crypto exchanges offer several ways to invest. Kraken offers the most order types. Now moving to the final and important step. It is best to store your digital currency in a digital wallet. It is more secure there. Because this way, only you know the private key to your wallet. It also avoids the risk of your exchange getting hacked and losing your funds.

Bitcoin mining is a way to earn bitcoins without having to spend money for it. People who mine bitcoins are called ‘Bitcoin Miners’. Bitcoin miners are rewarded with bitcoins for solving critical mathematical computations on high-end computers. These computations complete blocks of transactions that are added to the blockchain. Multiple miners work on the same computation and the first one to solve the puzzle gets rewarded. To set up a mining rig, you need either a Graphics Processing Unit or an Application-Specific Integrated Circuit.